If you have a teenage daughter, perhaps she or one of her peers has suffered a dreaded anterior cruciate ligament (ACL) tear.

It’s an injury that strikes many young female athletes, often taking them out of their beloved sports for 8 to 12 months at a time. The ACL, a ligament in the knee, is crucial for providing stability to the joint during movement, particularly in sports that require sudden changes in direction such as soccer and basketball.

ACL injuries can have long-term consequences if not rehabilitated properly. Treatment is costly and success — defined as returning to the same level of pre-injury competitiveness — is not guaranteed.

The good news is that addressing risk factors prior to injury can minimize the long-term consequences.

Relative to males, females are at increased risk for ACL tears because of intrinsic, non-modifiable factors, including hormonal differences, body mass index, previous knee or lower body injury, and differences in bone shape.

Obviously then, the focus of prevention is on extrinsic, modifiable factors.

Complicated biomechanics lab studies have shown that females tend to land from jumps and perform cutting and landing movements (planting and pivoting or side cut maneuvers, which typically occur in soccer and basketball) with incorrect movement mechanics, dramatically increase their ACL injury risk.

These movement patterns increase strain on the ACL during strenuous activities. 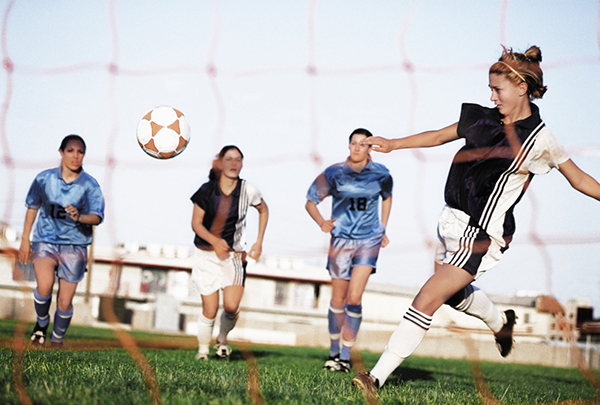 The hips are an important stabilizer to the knee. Females tend to have weaker hip muscles than males, which predisposes them to knee injury because the hip muscles are not helping to stabilize the knee during explosive cutting and jumping movements.

Athletes with decreased core muscle strength who cannot adequately control movement of the body after a sudden disturbance of the body’s overall stability are at an increased risk of ACL injury.

Each of these extrinsic risk factors can be addressed through a proper strengthening and neuromuscular training program. They typically consist of balance exercises, knee joint stability exercises, plyometric (or jumping) exercises, agility drills, and sport-specific drills.

They are easy to incorporate into all training environments and settings and should be designed by a physical therapist or other professional knowledgeable in ACL injury prevention.

Prodromos, C.C., et. al. A meta-analysis of the incidence of anterior cruciate ligament tears as a function of gender, sport, and a knee injury-reduction regimen. Arthroscopy. 2007; 23:  1320-1325. 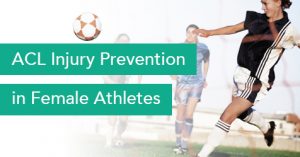